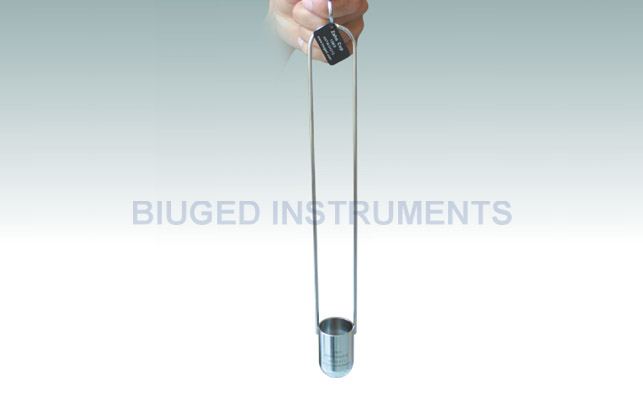 BGD 126 Zahn Cups can be used to quickly measure the viscosity of liquids such as Paint, Ink, Varnishes, Syrup and Oil. They are produced according to ASTM D 816, ASTM D 1084,and ASM D 4212. The Stainless Steel Cups are molded precisely and the orifices are precision drilled using high-speed CNC drilling.

Each cup has a 12-inch loop handle to allow the cup to be dipped by hand into a liquid container.  At the center of this handle is a finger-ring for holding the cup in a vertical position during use. Their orifice diameters are set at the factory for appropriate results with applicable NIST traceable Newtonian oils.

It is done by filling up the volume of Zahn Cup with the required liquid and then placing an index finger over the orifice to stop any flow out of the liquid. A ring at the Zahn Cup handle allows the cup to be hanged perpendicularly（still with the finger stopping any liquid flow out). Prepare a Digital stopwatch and set zero. Immediately start the stopwatch when the finger is released. As soon as there is a first “break” of the flow, stop the stopwatch. The second shown is the time of the liquid flow, which is also the flow viscosity of that liquid.

Every Biuged’s Zahn cup has its own coefficient “K”, which is marked on the cup body. 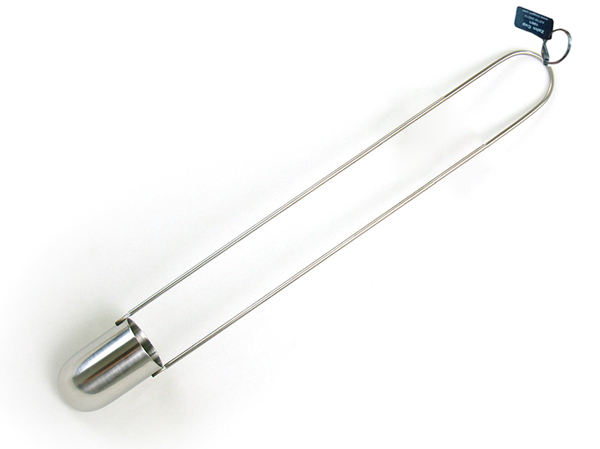 ■ Details of each Zahn Cups

1. Both the Zahn Cups and the Iwata Cup are based on measuring the Flow of liquid in seconds. Hence, a precision stopwatch is required.

2. The orifice diameter of Zahn cup may be a little different from standard requirements due to some uncontrollable factors during manufacturing process.But we ensure the flow time conforms to standards.

Results should be reported in Zahn-Seconds at a specified temperature for a particular cup. To convert Zahn-Seconds to centistokes, refer to ASTM D4212, D816, and D1084

Scan the code for more details